If you’ve read that the passive voice is “bad writing,” you’ve been misled.

In fact, there are many times when it is an essential requirement for “good writing,” for example, in academic work. But, there are certain dos and don’ts when using the passive voice in English, and knowing them will make a big difference in your writing.

What is the Passive Voice?

There are two different ways of writing sentences in English: active voice and passive voice.

The difference is in how the sentence is oriented, i.e., where the attention is pointed.

→ For example, these two sentences are in the passive voice, as they concentrate on the object and the action, i.e., how sentences are written.

Take a look at this sentence in the active voice:

“She only comes into the office on Mondays and Fridays.”

Compare the above to this sentence, an example of the passive voice:

“Attendance is being recorded at the meeting today.”

So, is the Passive Voice “BAD”?

While you may have seen that the active voice sounds “stronger” and “more direct” than the passive voice, nothing is ever that simple in English, is it?

Think about it: are you always talking about SOMETHING?

What if we don’t have “something” particular in mind?

Is it possible that you can talk about things more generally–more objectively?

That’s what the passive voice allows us to do! It’s not “bad,” it’s just a different way of focusing.

While it can sometimes be confusing to use it too much, there are certain times when the passive voice just sounds better. For example, academic writing, especially scientific, requires using the passive voice specifically because it sounds more objective.

“The cultures were split.”

“The next component was added and the reaction was observed.”

Some of the sentences from this article were written in the passive voice to illustrate that. (Including that last one!)

So, the answer is no; the passive voice is not “bad.” It’s just specific.

Sign up for the Newsletter to get your English-to-go delivered straight to your inbox!

Further Reading on the Passive Voice:

Hard or hardly, what is the difference? 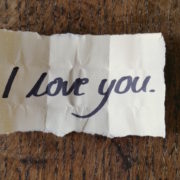 About exams and notes

Discuss or discuss about? 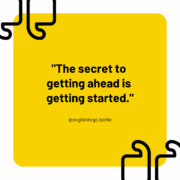 Back to the Start: How Native English Speakers Talk About Starting Things 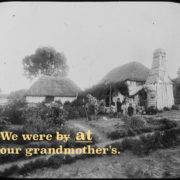 Denglish to english in easy steps

Labor Day in the USA: What Non-Americans Need to Know